Ron Cook Studios About Me 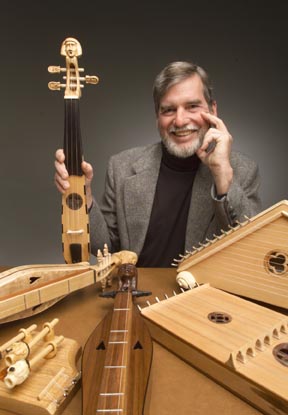 Ron Cook is a California born and bred artisan luthier and craftsman. He uses "green" methods and materials to create one-of-a-kind hand-carved furniture, medieval and Early American stringed instruments, and sculptures. He uses primarily recycled, salvaged and urban forest woods. He is particularly known for his detailed carvings and "tiled" methods of construction.

Ron has exhibited nationally at American Craft Council Shows, as well as at the Sausalito Art Festival, Scottsdale Arts Festival, and Bellevue ArtsFair. His pieces have been shown in galleries and events as far away as Barcelona, Spain, and are in collections throughout the world.